Laura here and I am so pleased to welcome you to the first post of the team's questionnaires! Here are my questions and answers - hopefully they will give you a glimpse of my life beyond my love of crafts that you have already got to know through Laurart and the OCC.


If you were a performing artist, what would you title your first album?

I did actually sing with my husband's band once. I did it because there was a song that I really wanted to sing and I wanted to see if I could get through it, in front of an audience, without collapsing in fear. Also it was my birthday party and if it is your own party then you are allowed to do these kind of crazy things!
I am a great believer in confronting your fears (certain ones at least) and trying things you have never attempted before, just to see if it is actually possible. I may not be the worlds most  fantastic singer, but I can at least say I have done it and I don't think I hurt anyone's ears!!

I guess my first album would be called "Breaking Laws" - Not because I am a born criminal! but my friends call me Laws and if I were ever to decide to be a performing artist I would be breaking a promise I made to myself that I would NEVER do that again! Once was enough! It was fun in a very scary way and I can say I have done it, but I don't feel the need to embrace singing as a career! 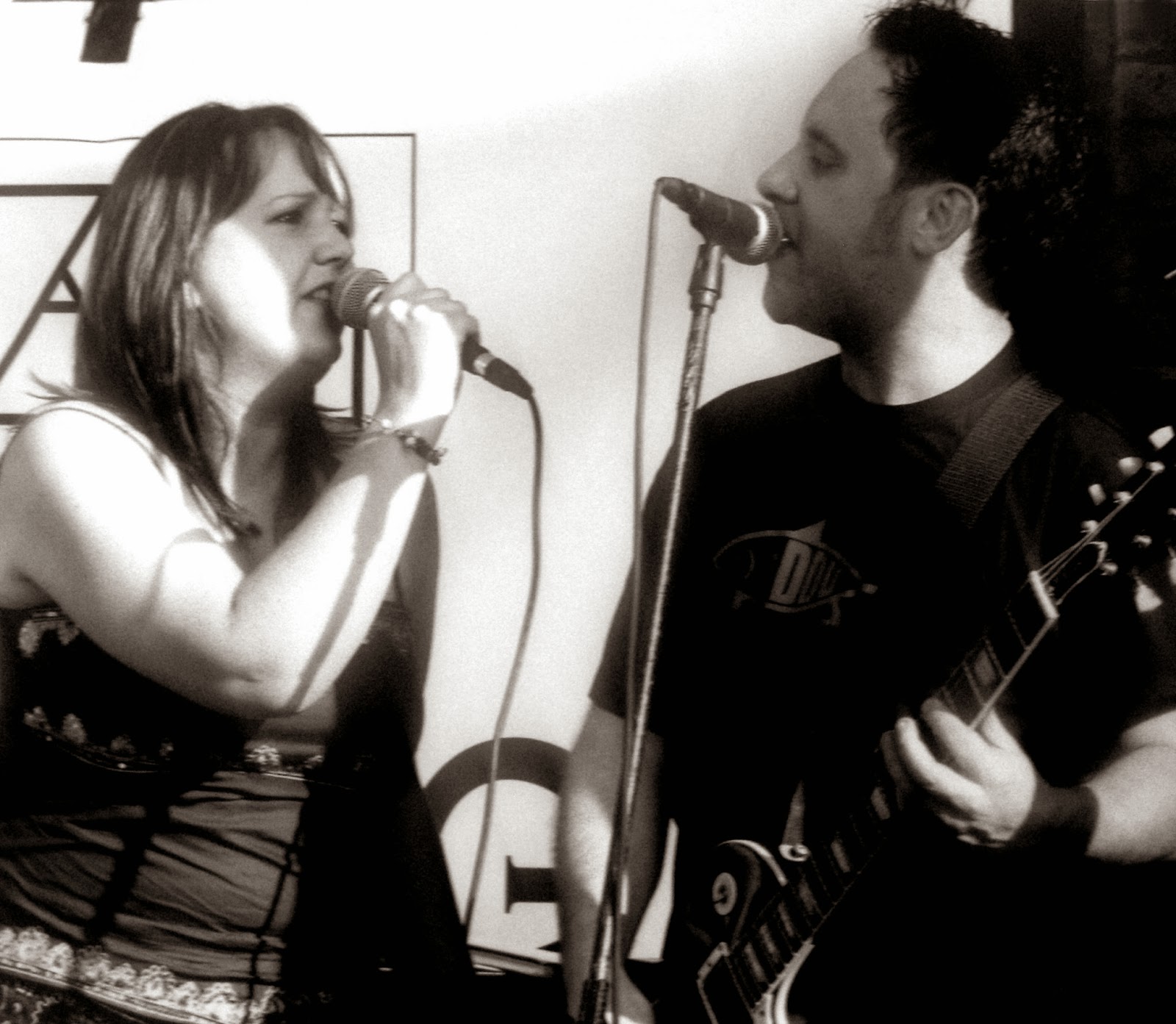 Is there anything that you would refuse to do?

There aren't many things that I would refuse to do as I do believe you should give things a go (see question above!)  But I really can't bear heights at all. I can't stand on a stool step without feeling ill. Once I attempted to climb on my daughters bunk bed because she wanted me to read her a story. I thought "It's not that tall" and once I was up there my husband had to come and help me down because I couldn't move - I was so terrified (Hey! bunk beds are are higher than they look!) So while I very often force myself out of my comfort zone and see if I can accomplish new things....doing a parachute jump, bungee jumping or mountain climbing are definitely not something I can or will ever do.

Is there something you wish you were better at?

I really wish I could speak other languages. I know a little bit of French, not enough to speak it, but I can usually work out the written word if it is very basic. I know a few words of Czech thanks to my mother-in-law. I know how to swear in German thanks to a German pen pal I had once! I have always envied people who are fluent in several languages. I just don't think there is room in my small brain for more than one. I have tried, but I just can't do it.
I also would love to be able to play an instrument. I can play 'Oh Susanna' on the piano and a tune on the recorder that I learned when I was seven...I tried to learn the guitar and flute too but on those I just about managed to learn 'Three blind mice'....Sadly I am never going to be better than that.

What is the best present you have ever received?

I have received many wonderful gifts but the one that I treasure the most was a surprise from my husband. On my 40th birthday I had a party that was attended by all my wonderful friends. In the huge garden at my mother-in-law's house my husband's band did a birthday gig for me. My best friend sang one of my favourite songs, my daughter sang too and it was wonderful. My husband had asked me what I wanted for my birthday and I said that I would really love it if he sang our song 'Amazed' by Lonestar at my birthday party gig. We both love the song so much and it means a lot to us. Sadly, he said that as much as he would love to do that for me, he couldn't - because it is such an emotional song for him that he would cry.

During the party my husband called everyone into the hall. He stood on the stairs and said he was doing a speech for my birthday. This was the first surprise - he never told me anything about planning a speech!!! 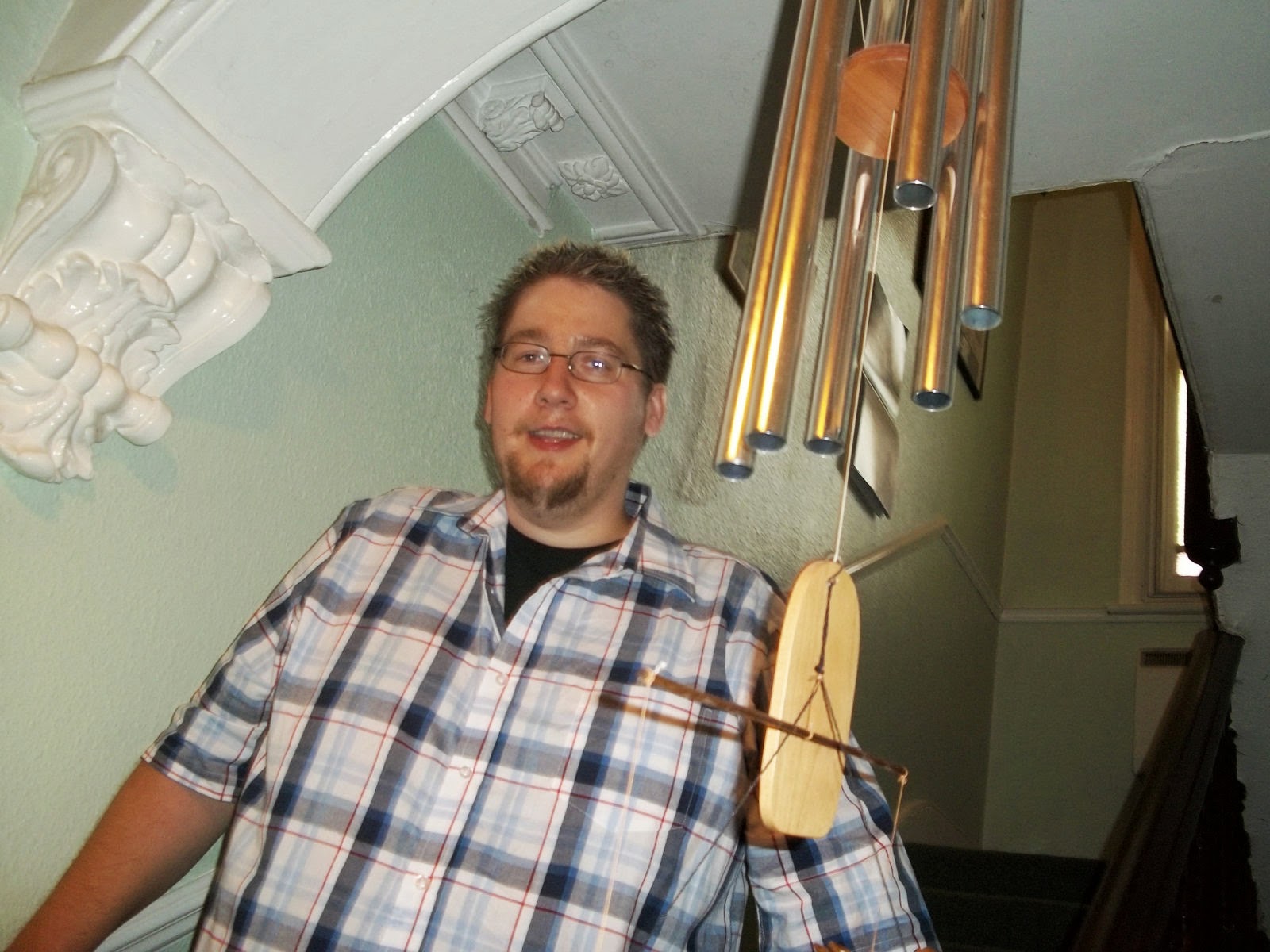 "For Laura's birthday I  thought I would write a speech"

He told everyone about my life - my childhood, the places I had lived, how we met, our life together, our journey through parenthood, and how happy I have made him. It was a speech that was full of so much love, laughter and tears. Everyone said afterwards how perfect it was... 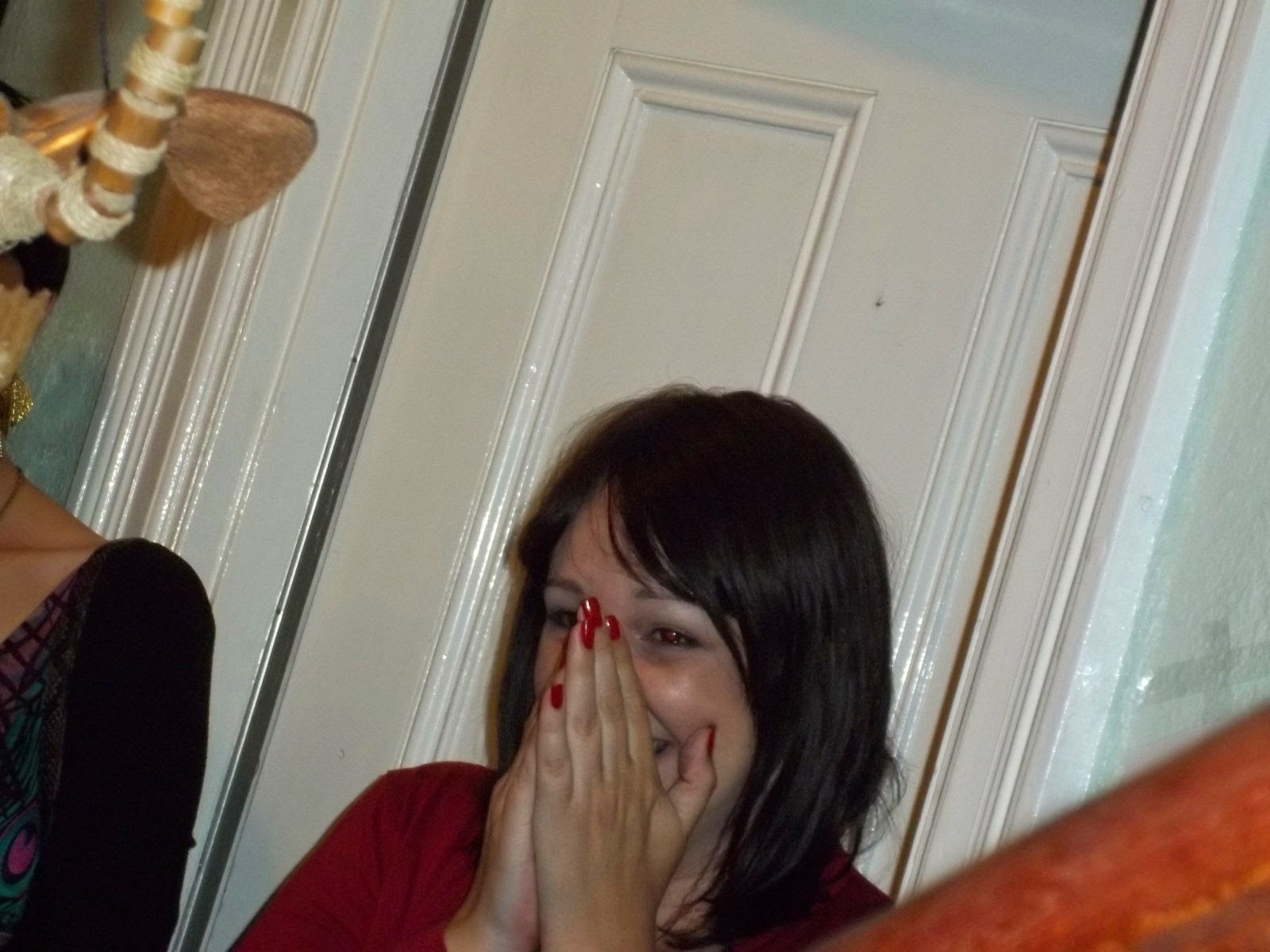 "Oh no! Don't tell everyone about that!"

Then came the second surprise...As he finished this very beautiful speech he said....
".....I hope that this will say everything that my heart says"
He walked over to me, took hold of my hands and he sang 'Amazed' for me.


What is your favourite painting, who is the artist and why do you love it?

My favourite artist is Jack Vettriano - I love all his paintings and I would really struggle to pick a favourite....But I have always adored this painting -

Dance me to the end of love 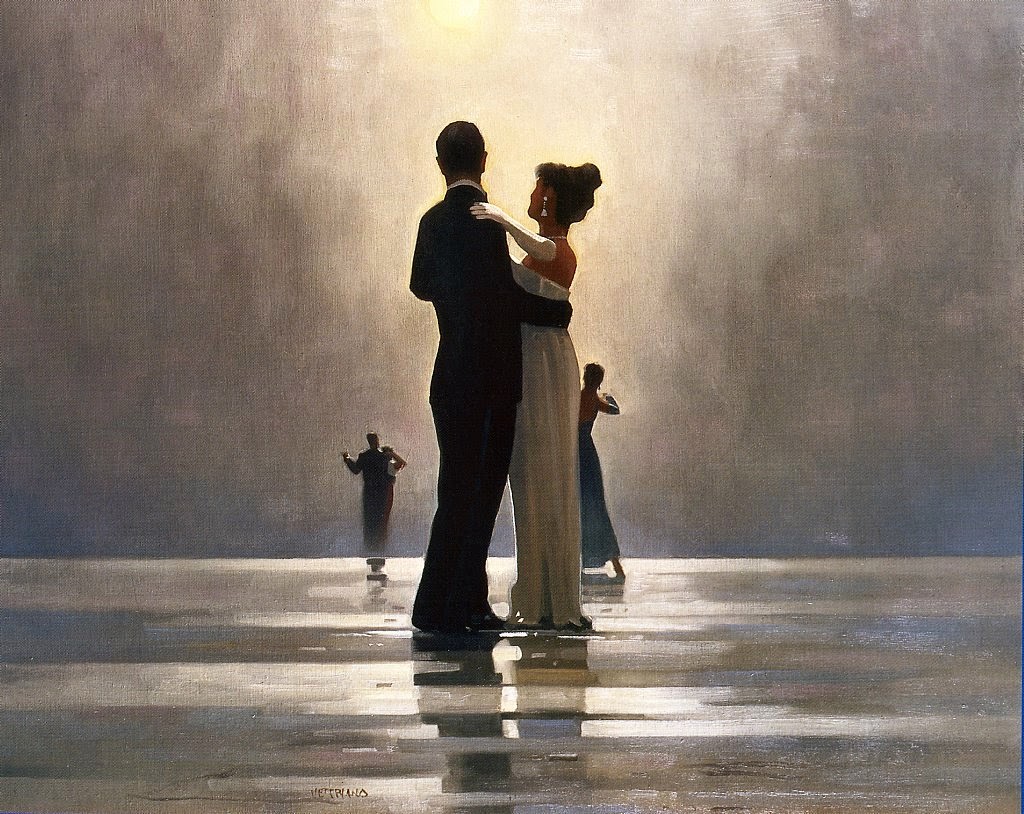 I love dancing (watching it...I am a hopeless dancer) and I have always thought this painting really captures the gracefulness of dance.  I love Jack Vettriano's simplistic style. This, as well as his choice of subjects, has sadly made the art critics very cruel in their reviews of his work. However, I like what I like and I pay no attention to critics at all! I have a copy of this painting in my home and I have studied the brushstrokes in detail and I really wish I could paint that way! I really envy his style and I have never been able to achieve anything like this in any painting I have ever done. He captures light in a way I can only dream of doing.

Aside from what is (in my view) very good technical paintings, for me the beauty of Jack Vettriano's paintings are in the way the painting draws your attention in and makes you want to know what is going on. A story forms in your mind and I love that. This is especially so with many of the darker paintings he does. In this painting, there is less of that searching for the story and the beauty of it is simply in the portrayal of the qualities of light, elegance, love and dance.

What is your favourite childhood memory?

One of my favourite memories is visiting my Grandparents who lived in Dorset. There were so many things to enjoy about visiting them that I really could write a novel here about it all.

We would always go to the beach and stop first at the Shell House. It was a house that had a garden covered in shells from around the world. I could spend hours there and in my eyes as a child, it seemed such a magical place. In bright sunlight it would seem to glow and sparkle and I was in awe of it all. Every shell seemed to be a priceless treasure and I loved every minute there. I was totally convinced that the wishing well actually granted wishes - because I always got the ice cream that I wished for - Of course I realised years later than an ice cream was something my family always had at the end of a day at the beach, but it never occurred to me that that was why I got one. To me it was the wishing well that had made it come true and I never wanted to wish for anything else!

Sadly the house has gone now, but I do still have the wonderful memories of those sunny summer days visiting the beautiful shell house. I can still see it so clearly in my mind. 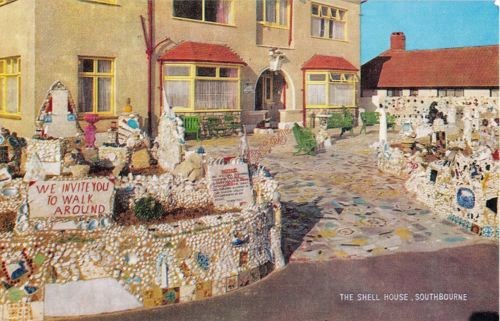 
Thanks so much for being here to read about my life - Don't forget to check back regularly because the rest of the team will each be featured in the question spotlight during this month.


Don't forget each comment is an entry into the mystery prize draw this month!!!!


Hope to see you soon!